Build Back Better Bill is on Hold

As a result, the legislation did not have enough votes in the Senate to be enacted. The BBB had been previously approved by the House of Representatives where the Democrats hold a slim majority. However, the Senate is evenly divided between Democrats and Republicans. Therefore, Senator Manchin’s decision not to endorse the current version of BBB meant that it would not become law.

Senator Manchin’s key disagreements with BBB are that its projected cost of $2 trillion would contribute to the current escalating inflation and that several of the social programs in the legislation did not have a means test to determine if an individual would qualify for the program. In addition, the bill’s proposal to increase the state and local tax deduction generally benefit taxpayers that have high incomes of $400,000 or more. Moreover, Senator Manchin maintained that the full cost of the BBB would approach $4 trillion, which is more than double that the bill’s supporters claimed.

While BBB is currently on hold, negotiations continue to potentially enact some form of the legislation. We will provide updates on any developments. The significant social programs included in the bill related to climate initiatives, healthcare subsidies, universal prekindergarten, childcare, eldercare, paid leave, prescription drug pricing, and affordable housing.

Under the bill, the cost of these programs was to be offset by various tax increases to corporations and high-income individuals. For example, a 15% corporate minimum tax was proposed on corporations that have $1 billion of book income. Taxable income for large corporations can be reduced by net operating losses, tax credits, and interest deductions that result in no income tax liability for the year. The minimum tax was designed to address this issue.

In addition, the BBB bill was going to impose the 3.8% investment income tax on individuals that had an income of $400,000 or more from a trade or business. As a result, active trade or business income allocated to a limited partner of a limited partnership or a shareholder of a subchapter S corporation would have been subject to the net investment income tax. Under current law, the tax applies only to certain portfolios and passive income.
Also, the bill was set to limit the gain exemption under IRC § 1202 for “qualified small business stock”. The exemption would have been reduced from 100% to 50% for taxpayers earning more than $400,000 in a year.

We will monitor any further developments regarding this legislation. It should be noted that Senator Manchin’s dispute with BBB was its cost and potential inflationary impact upon the economy, and not the tax increases. Therefore, if the cost or amount of programs in BBB are reduced it is likely that a variation of the law could be passed – which may include the tax increases described above.

If you have any questions regarding the information in today's blog post, contact your trusted advisor at RVG & Company, today! (954) 233-1767. 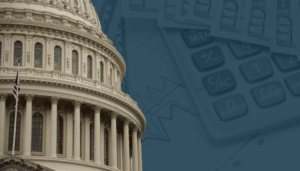 Senate Democrats are Close to Agreement on Tax Legislation